The Apple Store is one of the flagship projects of tech giant Apple Inc. You’re familiar with Apple products like the Mac desktops, MacBook Pro, Apple Watch, iPhone, iPad tablets, Apple TVs, and other Apple-branded products. One reason why Apple is so widely known is their strategic store branding. Apple stores are known for their ability to craft a memorable experience for consumers all over the world. Case in point: a few years ago, the company launched a new in-store design concept for its retail stores, the Apple Store Video Wall.

What Is the Apple Video Wall?

For example, in Downtown Spokane, the Apple Store installed a $500,000 video wall monitor. The store was first renovated in 2010 and opened in October the same year, featuring a new video wall and forum as part of its in-store design concept. The project was finalized in 2016.

Since its creation, the video wall has become one of the hallmarks of every Apple retail store, each equipped with a Forum. The video wall was created as part of the modernization of the retail store’s interior wall design to host “Today at Apple” sessions, highlight artworks, and display product marketing videos. Each video wall is 6K and 8K resolution, created from different LED display units. Some video walls are different sizes and are either freestanding or designed into a structural wall.

Some of Apple’s remodeled classic stores do away with the traditional Genius Bar in favor of the video wall. Many of the renovated stores are designed with interactive windows that showcase products, a new version of the Genius Bar with trees, plus unique public amenities to compliment the video wall.

In terms of in-store design and marketing strategies, most retail stores have learned a lot from Apple. Their retail model has sparked significant interest and imitation from other retailers who look to the tech giant for inspiration and leadership and many have since created newer versions of the video wall concepts in their retail stores.

Why Does In-Store Design Matter? 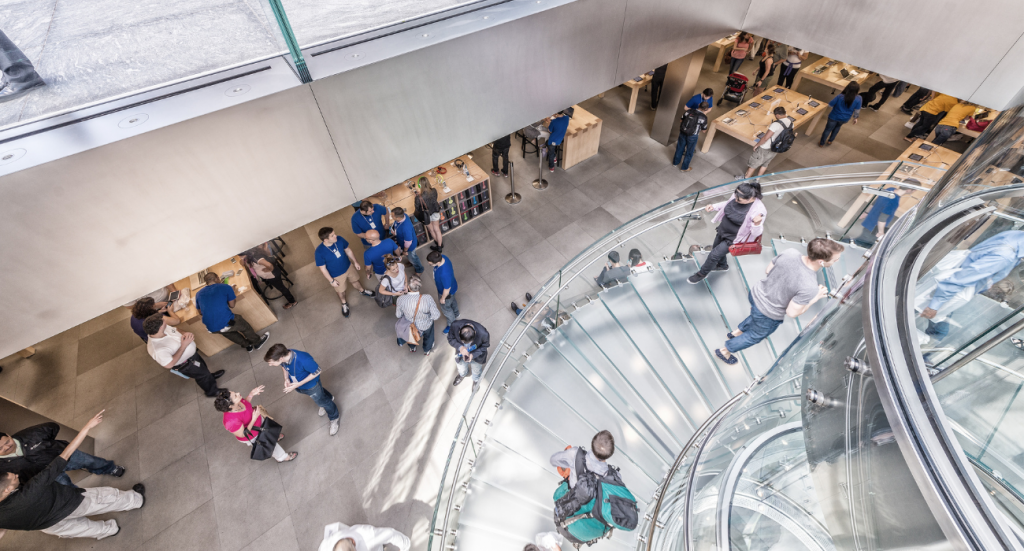 For retailers and other B2C businesses, the in-store design concept is often the first point of contact consumers will have with your brand. Regardless of which industry you’re in, the aesthetics and overall setting of your business environment is an essential tool that you can utilize to draw in customers and make a positive first impression.

It can also mean achieving a more significant competitive edge over similar industry players. So yes, it is highly essential to invest in a modernized in-store design strategy. Eye-catching visuals not only set you apart from the rest but are becoming the new standard of retail design. Digital displays should showcase relevant digital content and draw in your loyal customers, while also attracting a new customer base.

If you’re considering investing in your business’ in-store design concept, there’s one question you’re probably asking: Will a visual visual display like a video wall really have the power to give my business a significant return on investment (ROI)?

Any established retailer will tell you that it’s not solely about the product displays and visual merchandising, although those are undoubtedly important. Some of the most effective components of retail strategy include how well you design your retail store settings to meet the customer’s needs and preferences. And don’t underestimate the power of crafting an unforgettable in-store experience that makes your brand distinct. As we can see from the Apple example, there’s power in smart in-store design displays.

In this digitally aligned world, a video-themed retail model and in-store display is a winning strategy that prioritizes customer experience. The success of Apple’s video walls can be attributed to its customer-centric approach where the goal is to attract, impress and ensure the customer enjoys their time in the store.

Not only does a customer-centric approach create a fun and welcoming atmosphere, but it also gives the store a sense of openness. While the video wall is large, it also maximizes floor space, invoking feelings of exploration and modernism.

The minimalist and modern design aesthetic themes culminate in this “less is more” approach that helped Apple craft its image as an almost futuristic tech company.

The retail setup also doesn’t overlook the effectiveness of impressive digital messaging content, paired with the video wall. The size and simplicity of the design center Apple’s powerful visuals and marketing content as the key focus of the retail space (in-store visitors are sure to be awed). This combination offers an experiential marketing strategy where the video wall allows customers to enjoy more than just an exchange of goods, but a unique and memorable experience.

The introduction of the Apple store video wall  served as a pacesetter for most retailers who, knowing the impact of modern in-store design concepts on customer attraction, first impression, and general customer experience, learned from Apple’s success and updated their retail design.

An example is McDonald’s flagship store located in Chicago. The 19,000 square-foot building, which could honestly be mistaken for an Apple store, features a paneled glass design, modern furniture, and minimalist, airy aura. Any average shopper could tell where the fast-food giant got the design inspiration. Dubbed the “Experience of the Future” store, McDonald’s has since renovated over 4,500 stores while applying some of these same in-store design concepts, a trend that’s not stopping any time soon.

Similar retailers are not hesitating to invest in the appeal of Apple’s impressive video wall and modern in-store designs displays. It’s not far fetched to say that every major industry has at least one brand trying out Apple’s retail store model. And it’s no secret that Apple succeeded in creating a template that other players can imitate. They prioritize three very important things:

This template has since become the gold standard for any store design renovation. Another example of a major brand that took inspiration from these strategies is Tesla, which first took the cue when Apple’s in-store design model was still in its infant stages in 2010. The company hired George Blankenship, Apple’s former real estate vice president. When Blankenship left Tesla in 2013, he left behind an “Apple store” in the Tesla showroom.

But it’s not just the Silicon Valley companies that are following Apple’s footsteps. The list of other industry players drawing from Apple’s design elements keeps growing by the day. The likes of Samsung, Verizon, AT&T, Walmart, Kohl’s, and similar big-box retailers have all rolled out similar Apple-style checkouts. The digital-beauty industry is represented by Glossier, whose Los Angeles, Miami, and New York stores feature similar design models with excellent lighting and presentation in their product showrooms.

How Can You Use This Lesson To Update Your In-Store Design?

As a retailer, whether your business is large or small should not dictate the extent to which you can make the most of this new popular design concept. If you have the resources, don’t be afraid to make a bold in-store design statement by investing in impactful video walls. And remember, don’t assume that these aesthetics are reserved for Silicon Valley tech giants. If you believe modernized and custom display ideas will work for your retail shop, it’s fair game.

And even without video walls, it’s very possible to bring the center of focus to your content to capture your own version of the simplicity and sleek modernism that Apple’s video walls evoke. Everything, including Apple’s futuristic branding strategies, is scalable to your needs. Remember that digital marketing is diverse, and there’s no limit to how you can implement it. Displaying digital content on your in-store screens is one effective way to create an experiential retail environment for your shopper’s notice.

Taking the Next Steps

As time goes on and your industry evolves, your retail design will inevitably change as well. Design trends continue to change and you’ll always find yourself either making tweaks, switching it up, or adding new elements to create a relevant customer experience.

As influential brands set the pace of how it should be done in the retail landscape, it’s a good time to consider updating your retail space with effective in-store design displays. Today’s retailers have to compete with the popularity and convenience of e-commerce. As a result, many are looking for new ways to elevate their in-store experience to attract shoppers to their storefront.

Not sure how to go about it? Contact Keyser today to take the next step towards updating your retail displays with advanced digital signage.

Are NFT Museums the Next Frontier for Digital Signage Technology? 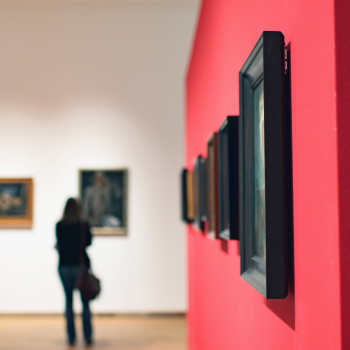 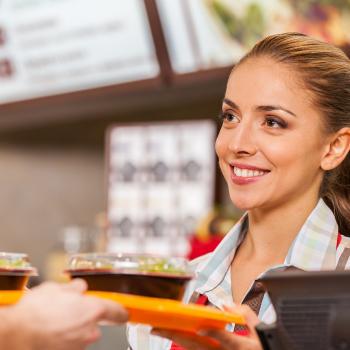